by Vashti Turner  on February 8, 2020  in  Academy News Resilience Sports

Lewis, who won the men’s P2 paratriathlon at the Rio Paralympics in 2016, met with pupils and staff at the school, and learned more about the mental health support provided by Place2Be for pupils and parents. KAA has been a partner school of Place2Be since 2014 when the academy first opened. 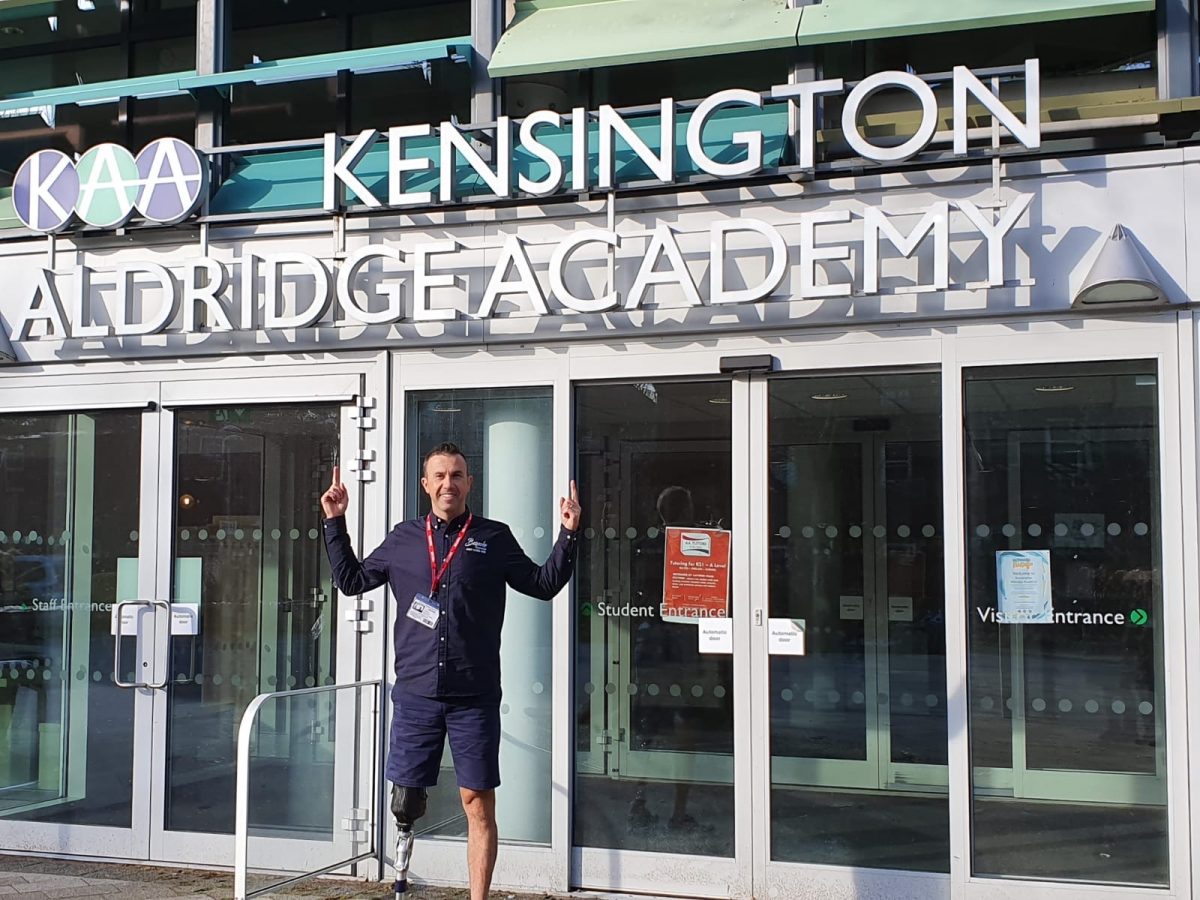 Lewis spoke to students during a Year 11 assembly about his journey to Rio 2016 and the importance of having support around you. His story was about resilience and the ability to reframe your future when life doesn’t go to plan. During the assembly he acknowledged the pivotal point Year 11 students are at in the education as they gear up for exams, emphasising the importance of resilience and courage when overcoming challenge and adversity. 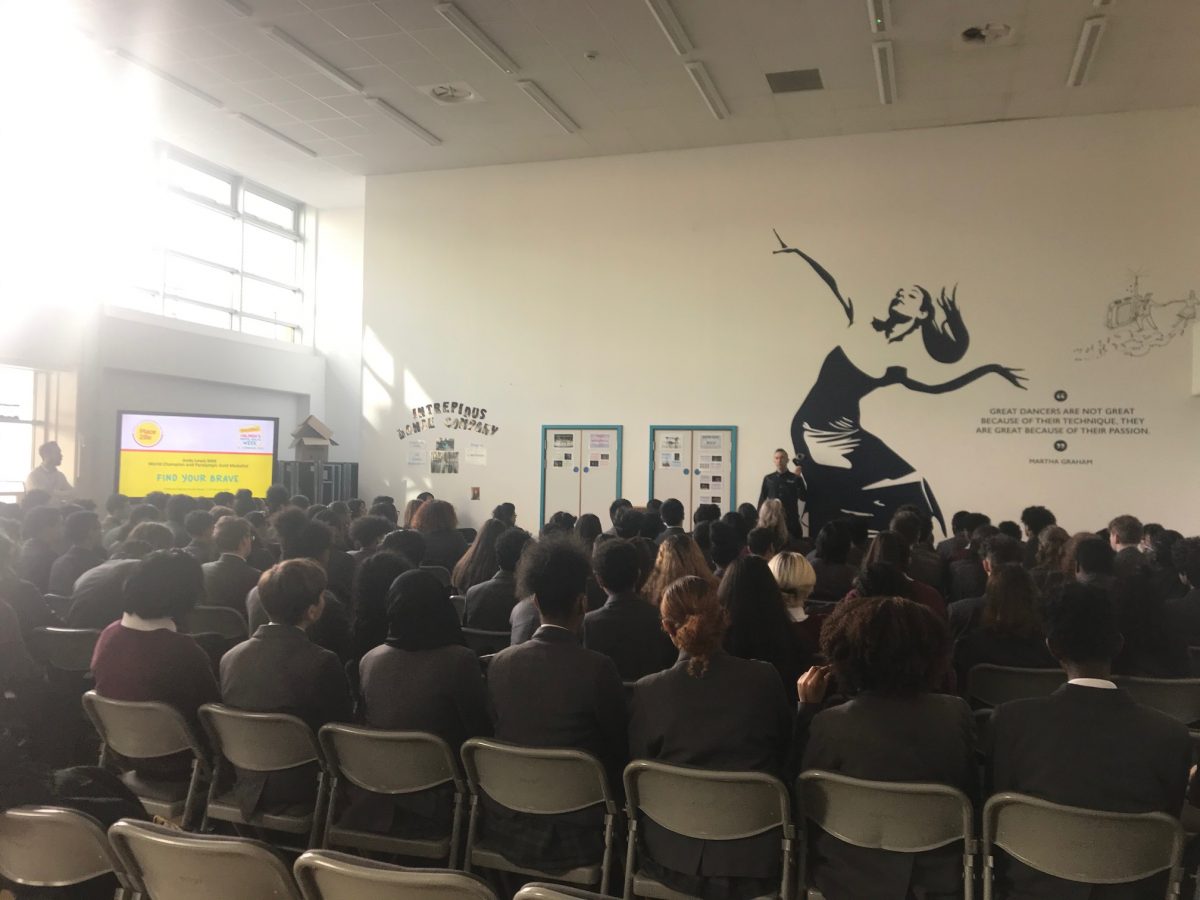 Lewis also met with a panel of students in a small group to speak about the important work Place2Be does in schools like KAA. During their meeting students had the unique opportunity of holding Lewis’s Paralympic gold medal! 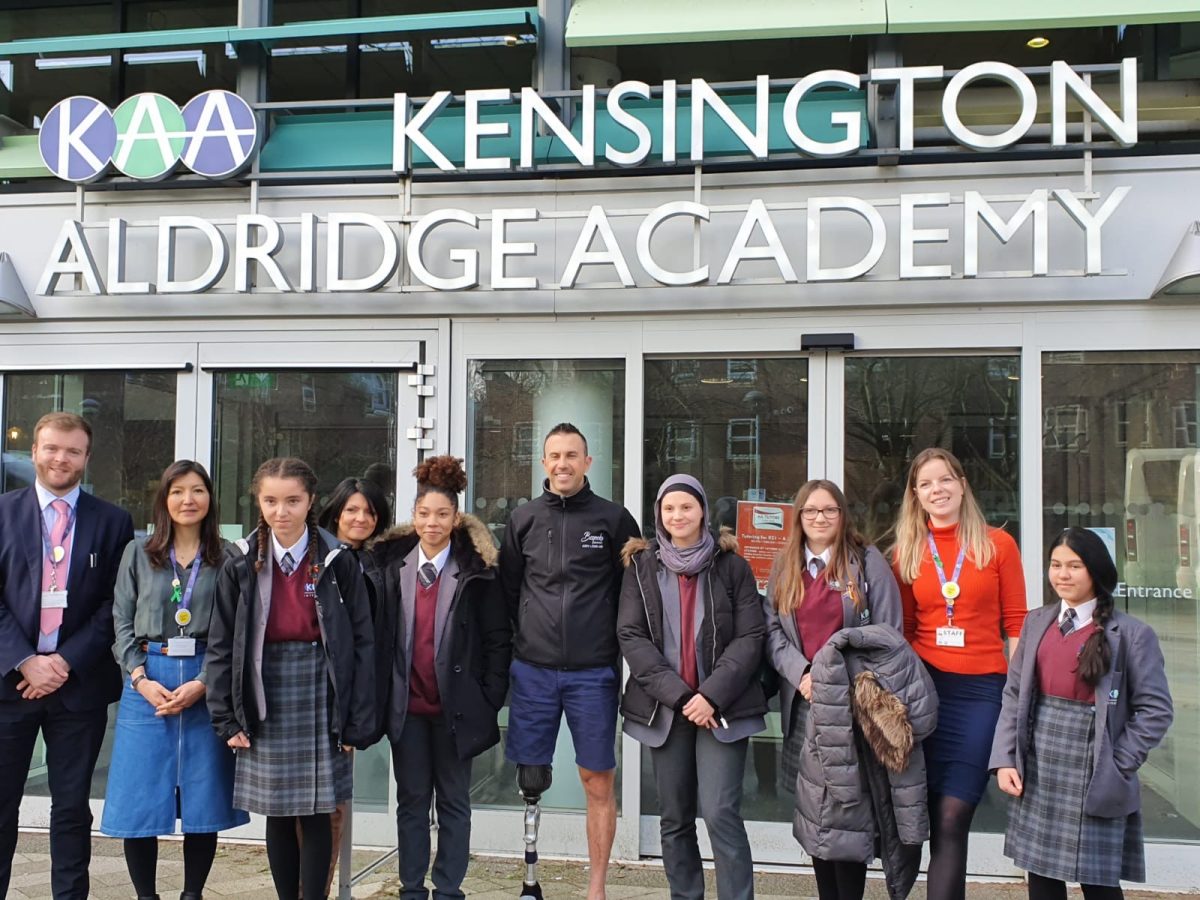 During the week, staff and pupils also participated in activities about bravery, to tie in with the theme of this year’s Children’s Mental Health Week #FindYourBrave 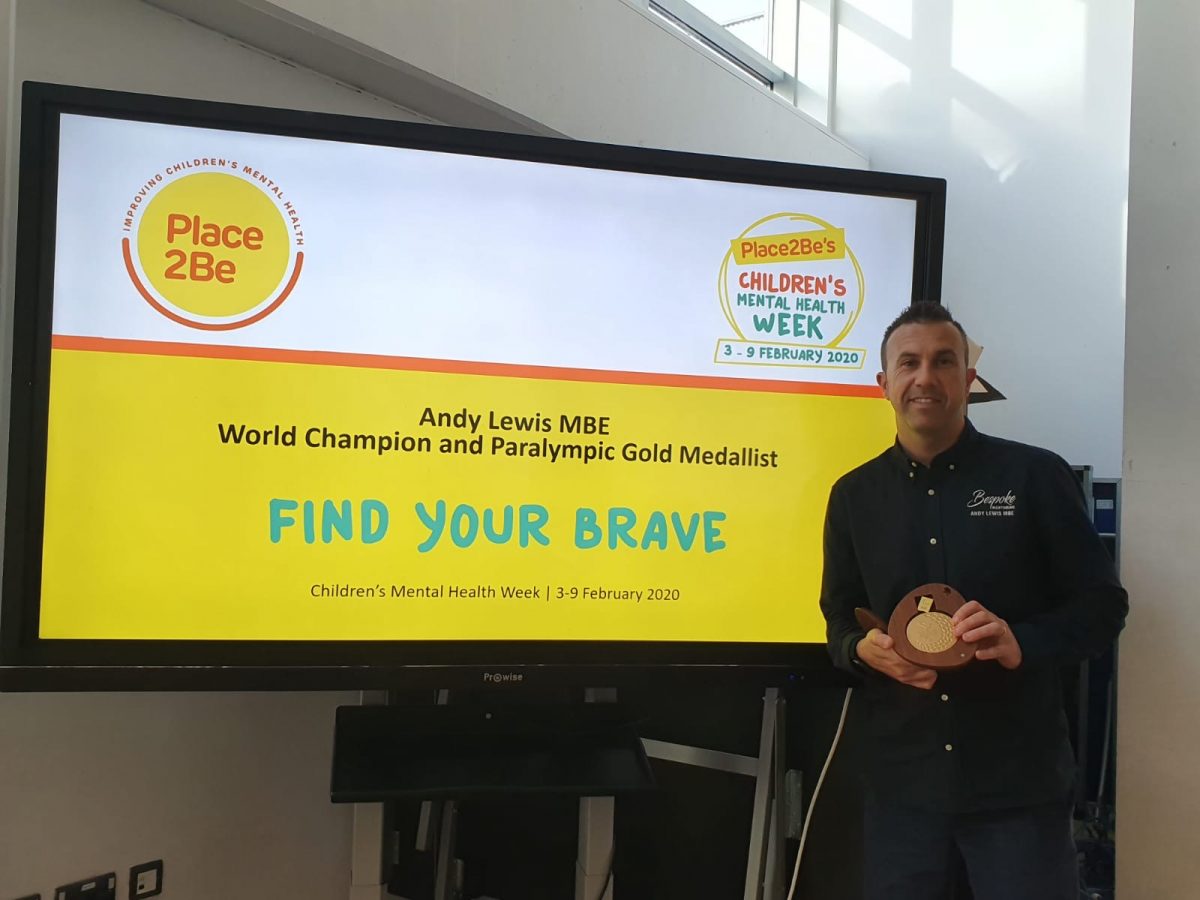