The first major house competition for the autumn term saw students in years 7 to 13 compete in House Debating. There were six year groups competing, 12 debates, 52 debaters and 24 judges – but just one house could win the 20,000 house points for first prize.

Each week throughout the half term a different year group battled it out on motions ranging from “the voting age in the UK should be lowered to 16” to “statues commemorating controversial historical figures should be kept where they are”, with the points accumulating week by week to see the winner announced at the end of half term.

The Sixth Form started off the competition in week three with debates on the motions “in the digital age we should not expect our data to remain private”, “humanity should fear advances in artificial intelligence”,  “tourism is a force for good in the world” and “statues commemorating controversial historical figures should be kept where they are.” All four motions were hotly debated and all houses gave it their best. Year 13’s Franklin team – Leila (13 Wilberforce), Abeera (13 Ebadi), Keely (13 Ebadi) – get a special shout out for being the highest scoring team with an impressive 58 points. Clyde (12 Ibrahim) and Reuben (12 Sirleaf) were awarded 20 bonus points for Angelou and Pankhurst for being the standout debaters. When all points from both year groups are added together, Honeyball finished the sixth form competition in the lead by 11 points with a total of 130, followed by Pankhurst hot on their heels with 119 points! Angelou was in third place with 113 points, with Franklin in fourth with 78 points. 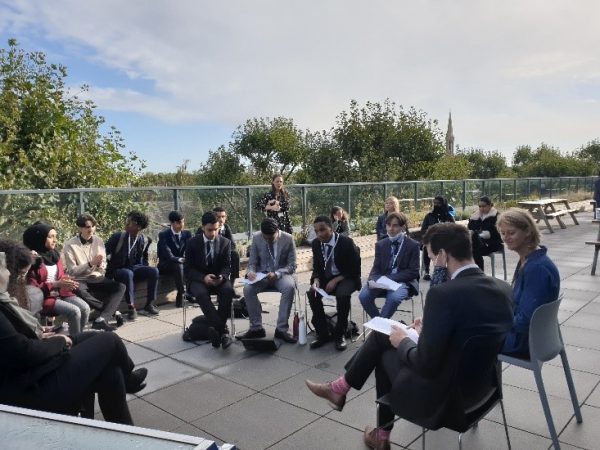 Week four saw the Year 10s face off for and against the motions “British people cannot be trusted to just do the right thing: this country needs stricter law enforcement” and “CCTV and surveillance is making our society turn into a dystopian nightmare’. The Year 10 Angelou team – Alexyia (10 Tambo), Layal, Rami and Ashraf (all 10 Yousafzai) – get a special shout out for being the highest scoring team with an impressive 55 points! A special mention goes to Honeyball and, more specifically, Daniel (10 Bonhoeffer), for showing great resilience and holding his own with a one man team. Rami and Daniel both secured 20 bonus points for their houses for being the stand out debaters in their debates –  congratulations! After the year 10 competition Angelou sped ahead, catching up with Honeyball and putting the two houses neck and neck, tied at 188 points each. Pankhurst fell into third place with 164 points, ahead of Franklin in fourth with 131 points.

The Year 9 teams were up next, tackling the motion “The UK should have a completely open border policy when it comes to immigration”. Angelou won the Year 9 debate with 55 points, Franklin came a close second with 53 points, Pankhurst were third with 51 points and Honeyball came fourth with 40 points. The standout debaters were Rayya (9 Angelou1) and Sina (9 Franklin2) – their fantastic performances earned them 20 additional points towards the final Angelou and Franklin scores. As we entered the final week of term Angelou was in the lead with 263 points, with Honeyball in second with 228, Pankhurst in third with 215 and Franklin in fourth with 204 points. 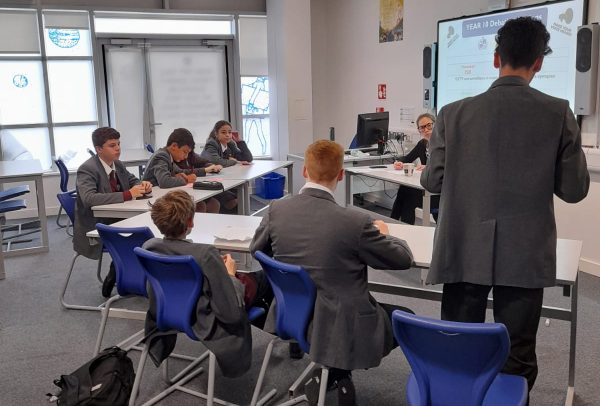 The penultimate competition saw Year 8 students debating for and against the idea that “everyone should have the right to live wherever they want.” It was an impressive display, with the Honeyball team scoring 62 points – the highest score of any team in the competition! However, the standout debaters were Robel (8 Pankhurst2) and Olivia (8 Honeyball1), congratulations! Due to their amazing performances 20 extra points were added to Pankhurst and Honeyball’s scores. A special shoutout also goes to Sophia Lee (8 Franklin1) for her resilience when the rest of her team were unable to make it, showing great resilience and Intrepidus spirit competing on her own! Honeyball took the victory for Year 8, with Angelou in second place with 55 points, Pankhurst in third with 49 points and Franklin in fourth with 45 points. This fantastic performance from the Year 8 Honeyball team meant that as we awaited the final competition in Year 7, Angelou were just 8 points ahead of Honeyball with 318 points to Honeyball’s 310. 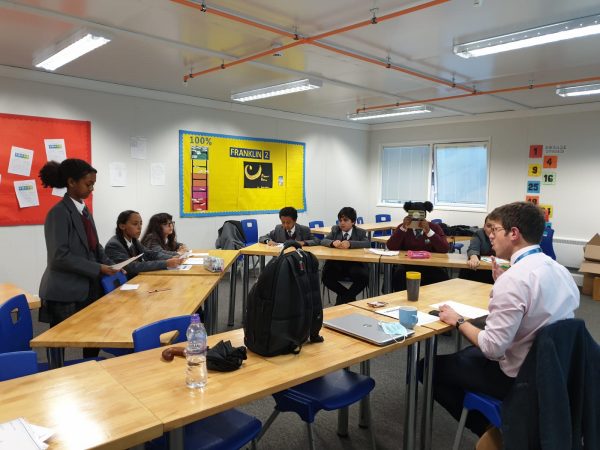 On Thursday 15th October the Year 7 debating teams tackled the motion “the voting age in the UK should be lowered to 16”. Honeyball took fourth place with 41 points, Pankhurst came in second with a score of 52, Franklin snatched second place with 56 points, but Angelou took another first place position with an incredible 65 points! An additional 20 points went to standout debaters in Angelou and Pankhurst – meaning the final scores were as follows below. 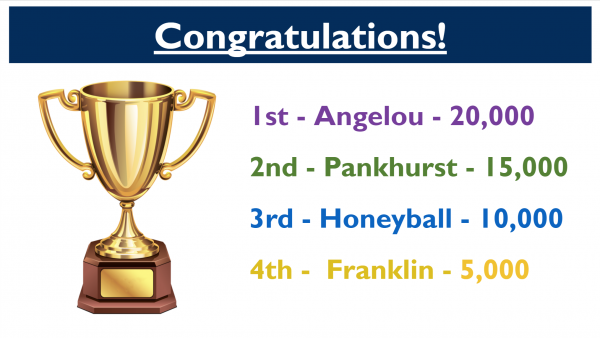 Congratulations to Angelou staff and students for their overall win for House Debating they won 20,000 house points. With the highest attendance for the autumn 1 half term they won a further 5,000 house points to their total alongside a strong performance in many of the interim sports competitions this half term (Year 7 and Year 8 netball and football competitions). Angelou’s strong performance across the autumn 1 house competitions has put them in the lead for the house cup at the end of the half term. However, this is just the first leg and there is all to play for as we look forward to House Art & Design next half term alongside interim year 9, 10 and sixth form netball and football competitions! 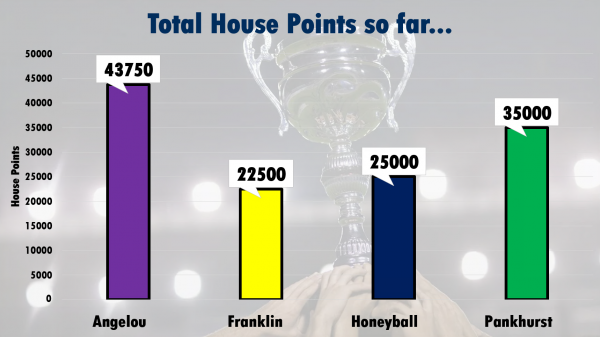