by Vashti Turner  on January 6, 2020  in  Dance Drama Music Performance and Creative Arts

There were 205 students involved in this year’s Christmas Concert on Thursday 19th December, including 170 year 7s singing Christmas songs they had been rehearsing during music lessons in the Autumn 2 term.

Our Year 7 cohort sang three numbers, All I Want for Christmas, Have Yourself a Merry Little Christmas and Do They Know It’s Christmas as the finale to the show. In addition to the Year 7s singing a number of Christmas tunes, the evening included                          performances from the KAA choir, the Honeyball House Choir, the Upper Voices enrichment choir and House Music choir.

As well as the array of different musical numbers for the various choirs, the A level band performed Santa Claus is Coming To Town and the Year 7 enrichment band played Stand By Me.

Dance student Lirio (9 Hume), Kayla (10 Moore) and Ana (9 Truth) performed a piece they devised themselves to the song Carol of the Bells and A level dancers Emelia (12 Atlee), Emily (12 Ibrahim) and Miriam (13 Tutu) performed their latest piece.

Our thanks to everyone who made it out to see the show, as well as every single one of the 205 students who participated and gave KAA a festive send off at the end of term. 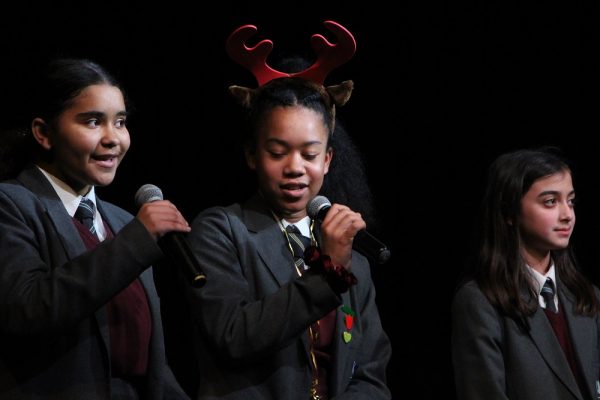 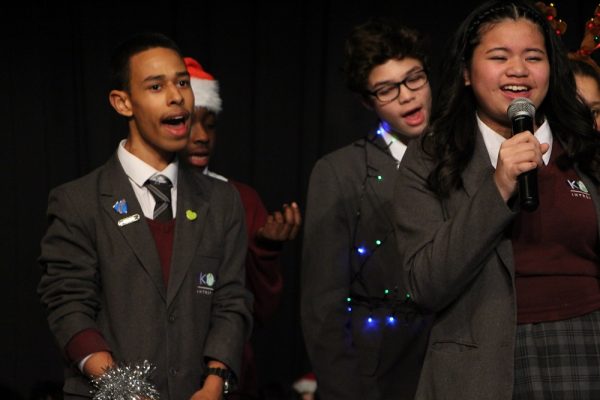 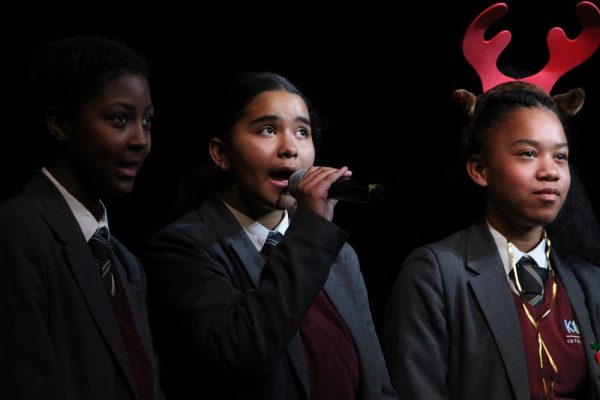 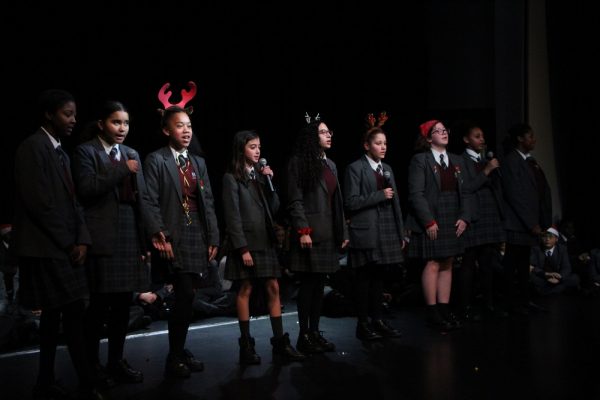 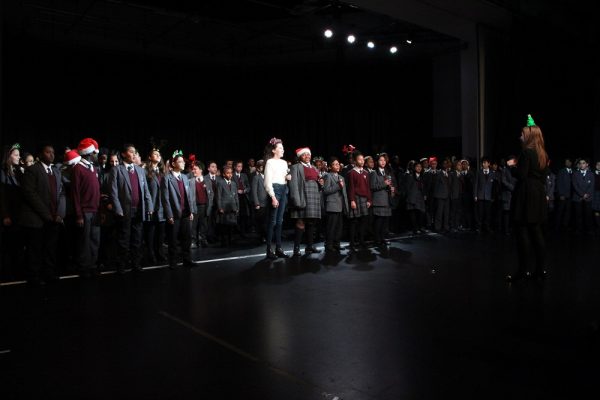 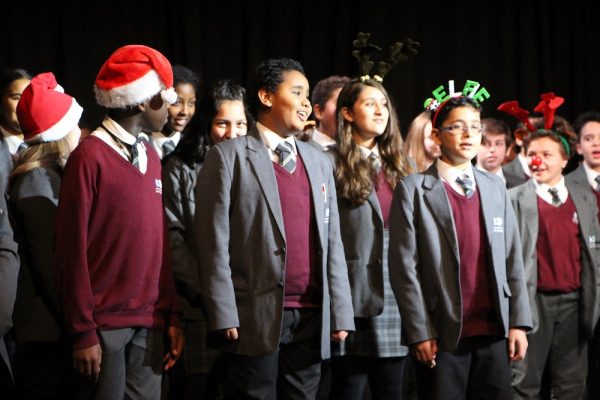 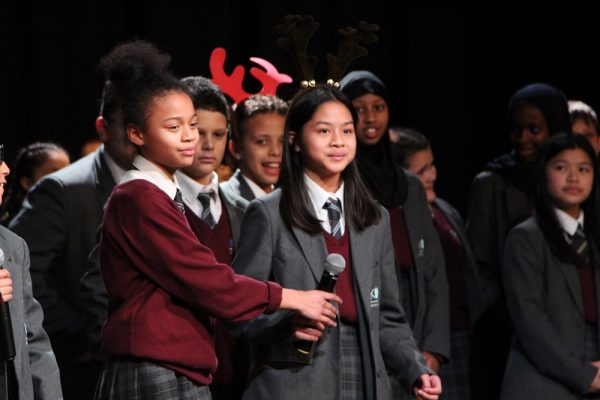 No responses to Biggest Christmas Concert to date