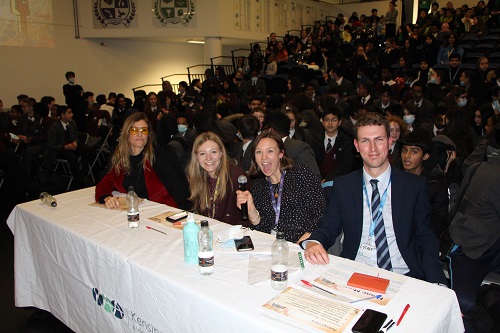 This year each house was randomly assigned a specific decade (or decades) in which to choose songs to perform as a medley. The decade and genre were selected at random from a hat by their Head of House at the beginning of term. In the final performances, houses performed in chronological order in front of an audience of Year 7, Year 8 and Year 9 students throughout the day. The quality of performances was fantastic – Cerys Matthews even told students that the show outshone other competitions she had judged at local schools!

Up first was Pankhurst house representing the 1960s and 1970s. They chose to perform a medley of Motown classics, including My Girl by the Temptations and Stop in the Name of Love by the Supremes. Special shout out to soloists Anna (9 Mirzakhani), Gabriel (10 Beckett), Lyric (13 Tutu)! 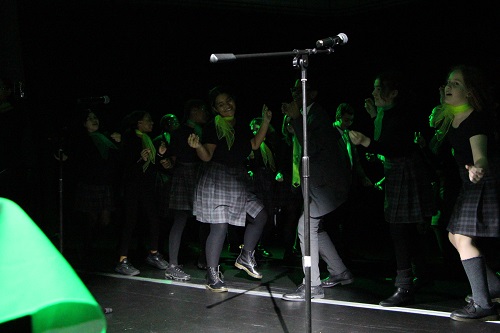 Honeyball were up next with their 1980s, singing I Wanna Dance with Somebody by Whitney Houston, Radio Ga Ga by Queen and (I’ve Had) The Time of My Life from the 80s film Dirty Dancing. Well done to Noah (7 Wonder), Danielle (9 Turing) and Irene (10 Parker) for taking on the solos. 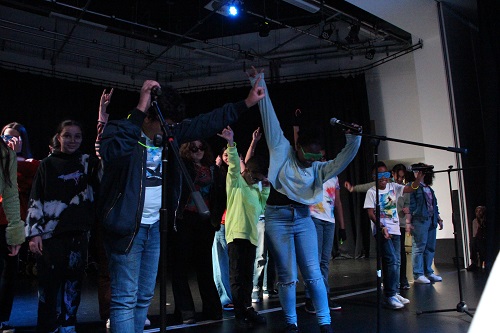 Angelou had picked the 1990s and performed the Fresh Prince of Bel Air theme and I Want It That Way by the Backstreet Boys, with solos from Imaan (8 Almodovar), Charlotte (7 Taylor) and Mabel (7 Taylor). The  performance got the crowd singing along throughout! 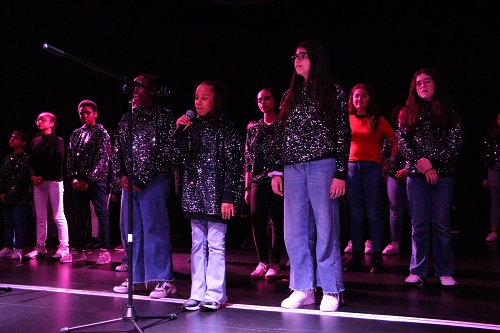 Franklin finished the show with their “year 2000” mash up of Eminem’s Real Slim Shady, Who Let the Dogs Out by Baha Men, Body Bumpin’ by Public Announcement and Same My Name by Destiny’s Child. This performance was undoubtedly an audience favourite in the finals! The students singing the lead vocals for Same My Name –  Hannah (12 Roosevelt), Sina (10 Stoppard) and Prudence (10 Hansberry) – were praised by the judges for their impressive vocals. Ella (9 Euler) was also congratulated for leading on Who Let the Dogs Out and Keishin (9 Fermat) smashed the performance intro! After a finale of a Christmas sing-along to Last Christmas by Wham, the judges withdrew to tally their scores and make a final decision. However, students had to wait until the End of Term assemblies on Friday 17th December to find out the results! Franklin proved to be both an audience and judges’ favourite and took the top spot, earning 20,000 house points for first place. The judge could not separate Angelou and Pankhurst, who came out of the scoring process with matching scores and shared second place, each earning 15,000 house points. Honeyball earnt 5,000 house points for fourth place. 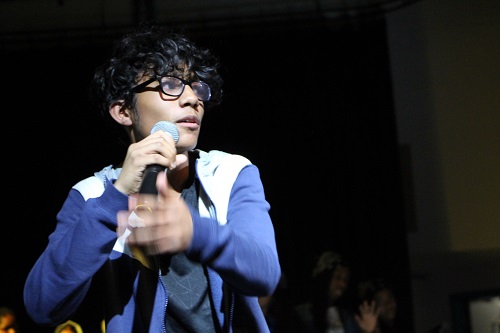 Our huge thanks to Mr Rigby and the music department, the Heads of House and of course every student performer for their hard work putting together such a fantastic show!A huge thanks to Cerys Matthews for joining us to judge the competition!