The upcoming five year anniversary of the Grenfell Tower fire will be an important event for our school community at KAA. A parent and student letter from the Principal with further details can be read at: Grenfell Five Year Anniversary Parent Letter

This page will be updated over the coming month with details of further events in the community that students, staff and parents may wish to attend.

On Tuesday 14th June students will be invited to wear green as a mark of remembrance, and school uniform is not required. This can be a full green outfit, or a green T-shirt or hoody with Grenfell heart or messages.

All students will complete an extended tutor period activity that will allow them to create a message of remembrance for victims of the fire. These will then be combined by the Art Department into a permanent display around school.

We will also be holding a service on our Third Floor Art Terrace, near our memorial garden, from 5pm–6pm on Tuesday 14th June. There will be a performance from the school choir and an address from Georgina Smith (Year 13), who is herself a survivor of the tower. We are very grateful to her and other surviving and bereaved students for the continued strength and leadership they show.

We would be delighted if parents, students and staff joined us for this. If we see very high levels of demand, we may need to operate a first come first served basis for this. If you would like to attend please complete this short RSVP form: https://forms.gle/FJfuHUuWHEFmYETU9 This is open to everyone in the KAA community – please don’t feel you had to have been at KAA at the time the fire happened or in the years after when we were dealing with the immediate effects.

On the other days of that anniversary week, the regular school assembly slot will be dedicated to an assembly about Grenfell and the community recovery. This is being led by Rosemary Oyewole our Director of Science and Staff Governor. Rosemary herself is a survivor and member of Grenfell United. Again, we are grateful to have her support with this.

Events in the wider community

North Kensington Community Kitchen are running an event for students from local schools after school on Monday 13th June on Lancaster Green, further details to follow. 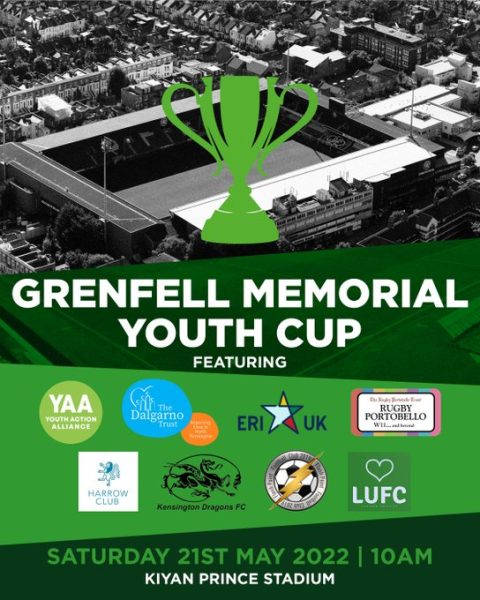 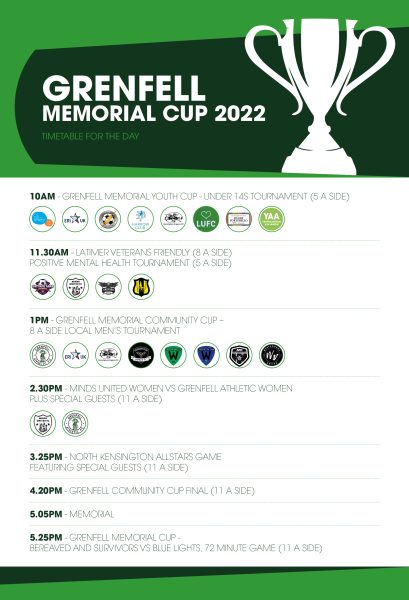 As part of the commission’s 5th year anniversary report, the Grenfell Tower Memorial Commission are creating a new project that picks up from the film created last year. That film from last year’s 4th anniversary is here: https://vimeo.com/560016319/2f04bc99a1. This year, for the 5th anniversary, the memorial commission would like the voices of children and young people of the community to be part of the film, but not just as participants on screen, but fundamentally as creators, photographers and filmmakers. To find out more about how to get involved, download the full brief here: Grenfell Tower Memorial Commission 5th Anniversary film brief 2022

Between 29th May to mid-June

The Grenfell Health and Wellbeing Service are offering a range of wellbeing activities in May and June around the anniversary. These are open to everyone in the community and include gardening, yoga, art and creative sessions. 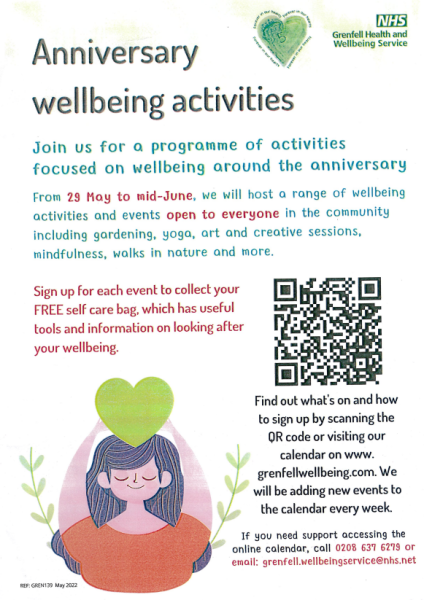 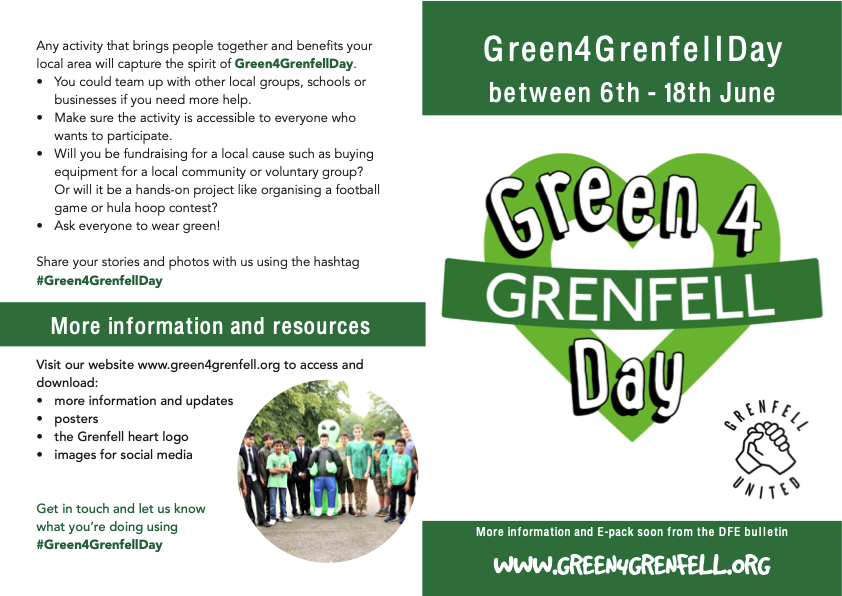 No responses to Grenfell Anniversary