by Vashti Turner  on April 5, 2022  in  House Competitions Performance and Creative Arts

The major house competition of the spring two term was House Drama. Each house was given a different Roald Dahl “Revolting Rhymes” to perform. Students rehearsed twice a week for two months over the half term before the finals on Wednesday 30th March in front of guest judges Matthew Jay Ryan and Natalie Ann Boyd.

Angelou’s story was “Goldilocks and the Three Bears”. They chose to perform their rhyme using entirely physical theatre instead of props. Natalie said she “was really impressed by the physicality of the performance.” 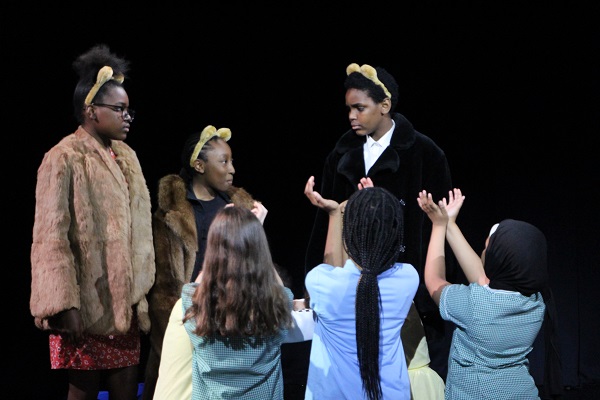 Franklin’s rhyme was “The Three Little Pigs” and judge Matthew Ryan said “it was so clever the way you changed the piece with little details that fitted into Ladbroke Grove.” 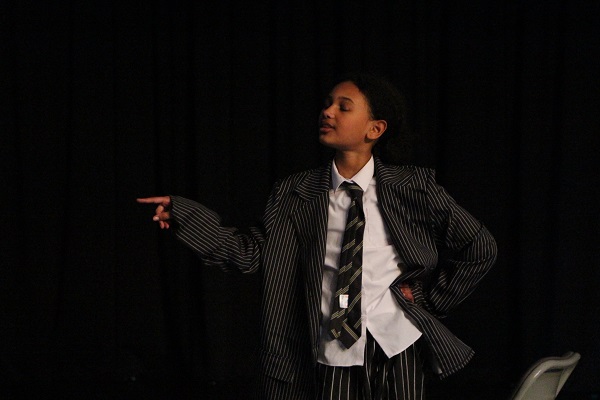 Honeyball performed “Jack and The Beanstalk” and judge Natalie said the teamwork of the cast “was like watching a West End show.” 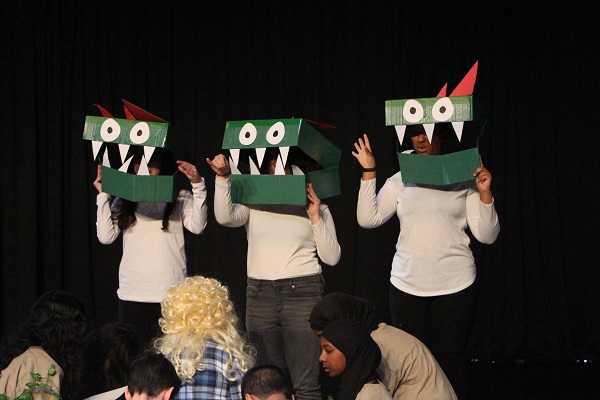 The last performance was Pankhurst’s interpretation of “Cinderella”. The judges were impressed with the individual characters of each narrator, as well as the lead performance from Gabriel (10 Beckett) as Cinderella. 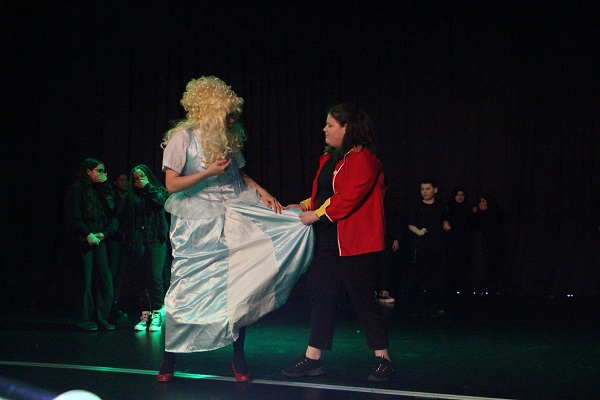 Thank you to Dastin (10 Graham) for running all of the sound and lighting for the competition, and to the Heads of House and Drama teachers for their coordination of rehearsals throughout the Spring term.

The results of the competition were announced in the End of Term assembly, revealing Honeyball as the winners
with 45 points out of a possible 50!

The 20,000 house points for winning the major competition helped to propel them into second place at the end of the Spring 2 term. 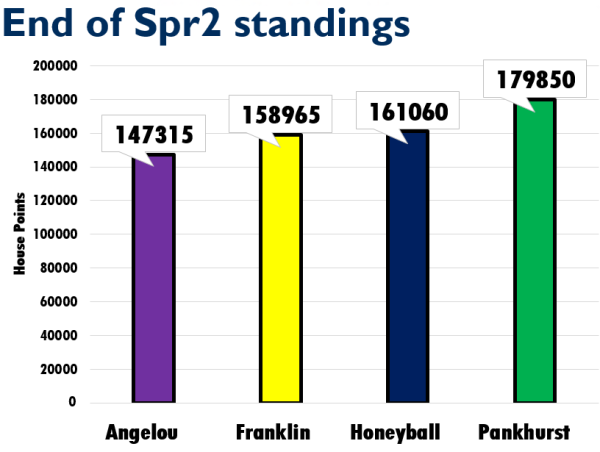