by Vashti Turner  on October 6, 2020  in  House Competitions

The major house competition for the autumn 1 term is House Debating! Each week throughout the half term a different year group will have their competition after school, with the points accumulating week by week to see the winner announced at the end of half term. The winning house will be awarded 20,000 house points.

The Sixth Form started off the competition in week three and data privacy, historical revisionism and tourism were all hotly debated and all houses gave it their best. However, the points have been totalled and the results are in. Year 13’s Franklin team – Leila (13 Wilberforce), Abeera (13 Ebadi), Keely (13 Ebadi) – get a special shout out for being the highest scoring team with an impressive 58 points, but, when all points from both year groups are added together, Honeyball finished the sixth form competition in the lead by 11 points with a total of 130, followed by Pankhurst hot on their heels with 119 points! Angelou fin

Week four saw the Year 10s face off for and against the motions “British people cannot be trusted to just do the right thing: this country needs stricter law enforcement” and “CCTV and surveillance is making our society turn into a dystopian nightmare’. The Year 10 Angelou team – Alexyia (10 Tambo), Layal, Rami and Ashraf (all 10 Yousafzai) – get a special shout out for being the highest scoring team with an impressive 55 points! A special mention goes to Honeyball and, more specifically, Daniel (10 Bonhoeffer), for showing great resilience and holding his own with a one man team. Rami and Daniel both secured 20 bonus points for their houses for being the stand out debaters in their debates –  congratulations!

The current standings are below – Angelou has now sped ahead, catching up with Honeyball. The two houses are now neck and neck, tying 188 points each! So it is all to play for in this week’s year 9 and 8 debates! 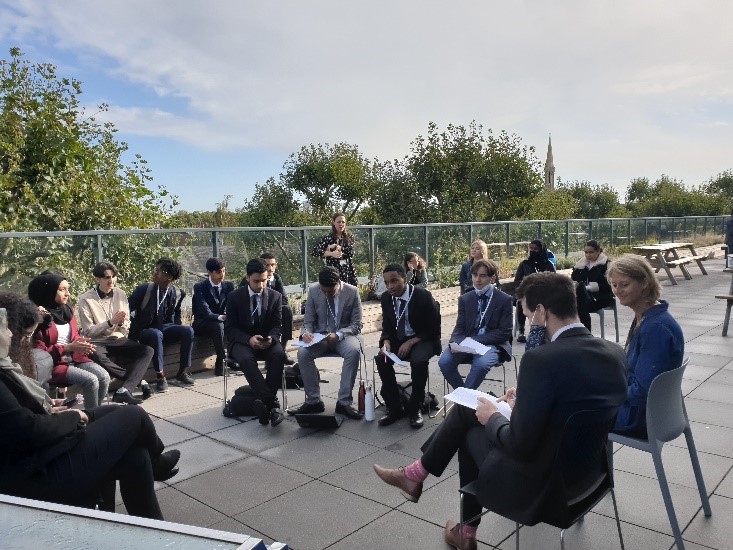 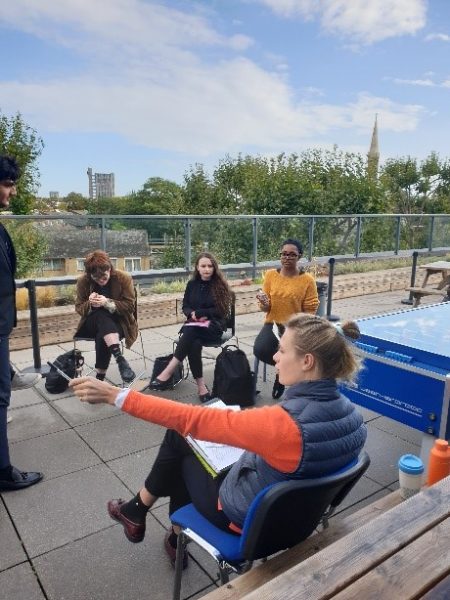 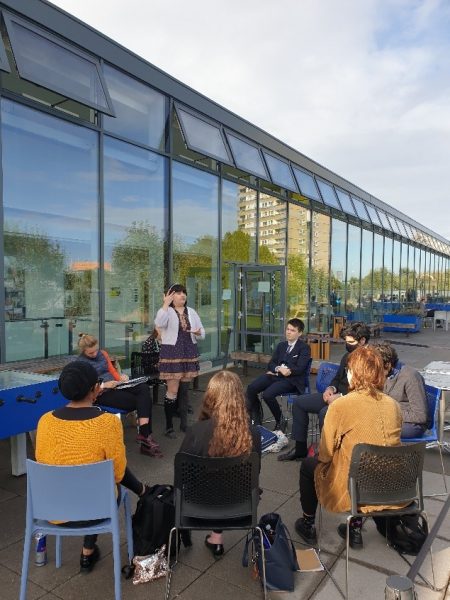 No responses to House Debating 2020