On Wednesday 13 February, HRH The Prince of Wales, Patron of education charity Teach First, visited Kensington Aldridge Academy (KAA) to celebrate the extraordinary achievements of the school’s students and staff in the face of adversity.

Today’s royal visit led by David Benson and Teach First Chief Executive Russell Hobby was their first opportunity to show His Royal Highness round the school since it returned to its original premises in September.

HRH  also had the opportunity to speak with pupils, teachers and members of the community, to find out why the school remains optimistic about its future. The Prince of Wales then observed lessons by teachers trained by Teach First, before watching a special performance from some of the talented pupils at the school.  HRH visited a Year 10 Geography lesson with Teach First alumni Miss Praill, and a Year 13 History lesson being taught by another of KAA’s Teach First alumni, Mr Kirby. 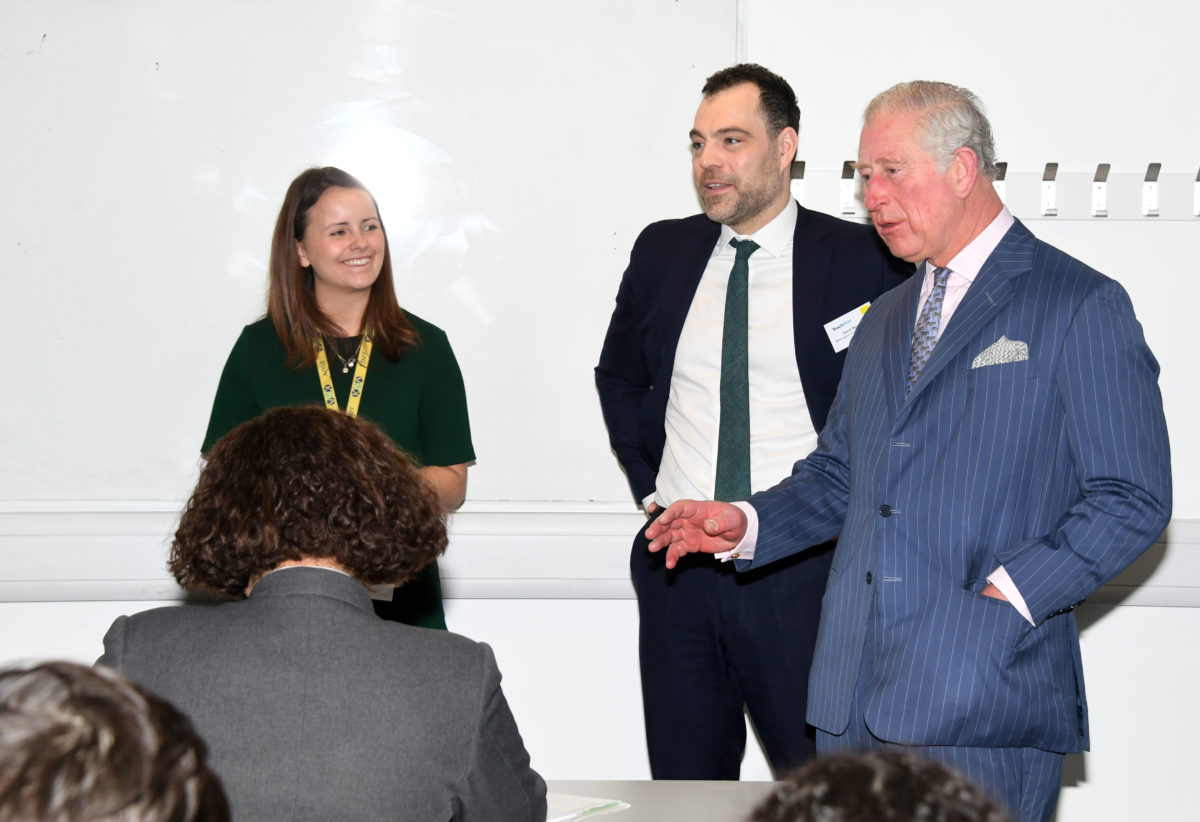 KAA Headteacher and Teach First alumni, David Benson is the founding head of the academy.  Speaking after the visit from HRH The Prince of Wales, David Benson, said:

“I’m very proud of what students and staff have achieved at Kensington Aldridge Academy and am delighted to have been able to share that with the Prince of Wales.

“Teach First have been great partners of KAA and the work they do continues to make a huge difference to students across the UK.” 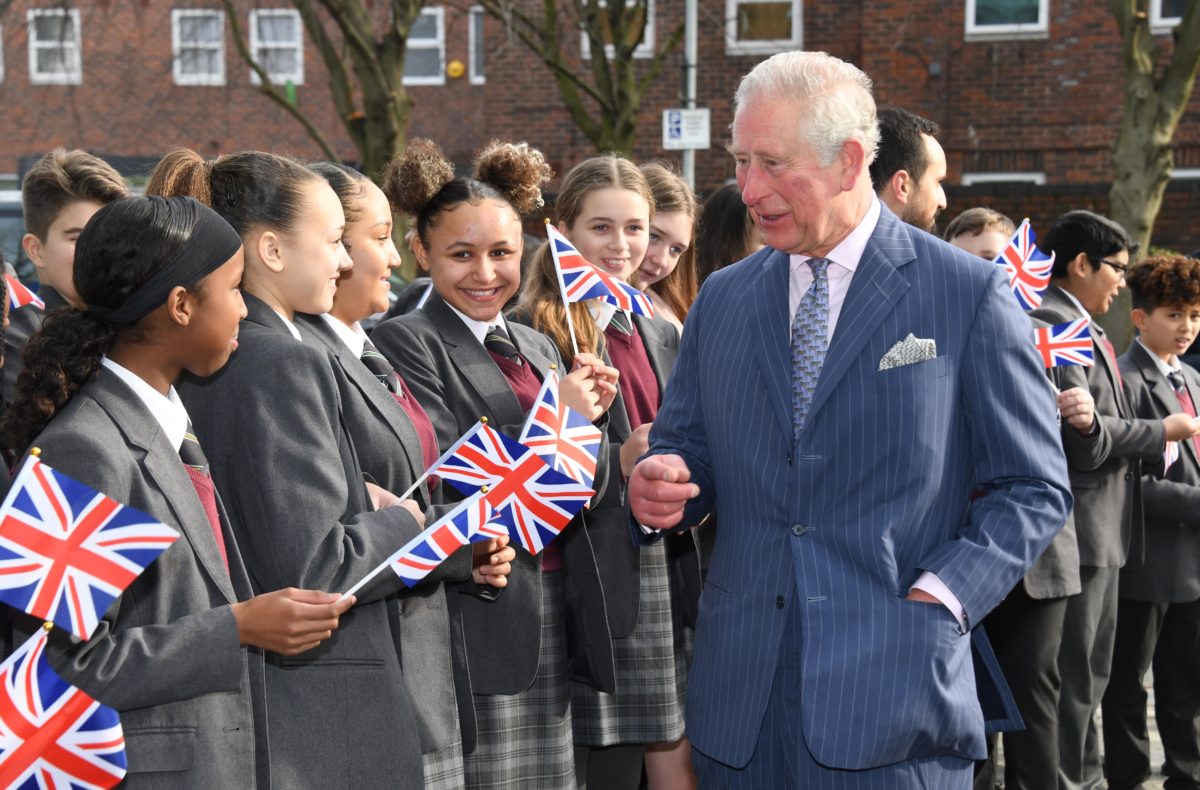 “In recent years David and his team have proven themselves to be truly outstanding leaders. Their steadfast commitment and ability to provide all pupils with a first-class education, even during times of great tragedy, makes them an inspiration to us all.

“Thanks to the staff, teachers and pupils, Kensington Aldridge Academy is a vivid reminder of the impact a school can have in supporting young people and communities through the most difficult times. I’m delighted that The Prince of Wales has had the chance to see this.”

Kensington Aldridge Academy is an 11 to 18 state school situated in the heart of North Kensington. The school’s lead sponsor is Aldridge Education and the co-sponsors are the Royal Borough of Kensington & Chelsea. The academy opened in brand new buildings in September 2014 and over the last five years has grown from just Year 7 into a full school of over 1,200 students. 63.7% of students at the academy qualify for “Pupil Premium”, the Government measure for deprivation.

In 2017, Ofsted graded the school “outstanding” in all areas and described standards as “exceptional”. KAA is now recognised as one of the top academies in the UK; DfE performance tables place KAA in the top 5% nationally for KS5 progress and in 2018 KAA was named the TES Secondary School of the Year.

Teach First is a charity with the vision that no child’s educational success is limited by their socio-economic background. It believes that the scale of change needed is so great it requires a movement of leaders to make a difference at a pupil, school and system level.

Working with universities, schools and businesses, Teach First is working towards achieving its vision by enabling its participants and ambassadors in the classroom to raise the achievement, aspiration, and access to opportunity of children from low socio-economic backgrounds, whilst developing a network of leaders with a life-long commitment to ending inequality in education from both inside and outside the classroom.

Trainees commit to a minimum of two years at their partner school, where they teach a Newly Qualified Teacher (NQT) timetable; and around half stay on for a third year. 56% of all the teachers we’ve trained since 2003 are currently teaching – with a further 12% working directly in education.

Their 13 month Initial Teacher Training starts with the unique five-week Summer Institute which provides trainees with intensive preparation for teaching in their school. Trainees then complete both their PGCE training year and their first year as an NQT in their school.