KAA Choir on the BBC One Show

by Vashti Turner  on March 9, 2019  in  Creativity Music Performance and Creative Arts

On Tuesday 5th March the KAA choir appeared on The One Show on BBC1 with Gareth Malone OBE and alongside the cast of Derry Girls.

The KAA choir performed “We’re Stronger” by Tyra ahead of the new two-part BBC2 documentary series The Choir. If you missed the choir’s beautiful performance you can watch it now on BBC iPlayer here.

In the BBC2 series, Choirmaster Gareth Malone is invited to help staff and pupils at KAA prepare a concert to mark the return to our original building. Having spent the last academic year on a temporary site following the Grenfell Tower fire, KAA Principal, David Benson, had the idea to stage an ambitious performance to take place in our own school theatre.

The two-part series will air on BBC2 at 9pm on Monday 11th March and Monday 18th March. 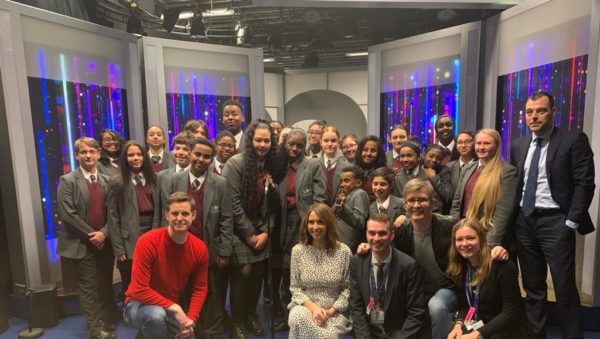 7 responses to KAA Choir on the BBC One Show