On Monday 27th November, London Mayor Sadiq Khan visited KAA to speak to students about aspirations, overcoming adversity and his journey to the Mayor’s office.

The Mayor spoke to 230 KAA students as part of Speakers for Schools’ programme of aspirational talks for young people, as a part of their work helping nearly 1000 state schools access influential, eminent figures each year for talks that encourage and inspire students of all backgrounds in their future ambitions. Following the talk, students were given the opportunity to put their questions directly to the Mayor in a Q&A session.  The Mayor shared his ‘London story’, having grown up first-generation British in Tooting and worked as a lawyer before becoming a politician, and talked about how he sees London as the ‘Greatest City on Earth’, with opportunities around every corner.

Sadiq Khan said: “If you work hard, and you’re given a helping hand then you can achieve anything. I want all young Londoners to be able to fulfil their potential and it was great to hear from students at the Kensington Aldridge Academy today. With their enthusiasm and work ethic, I’ve no doubt that they have bright futures ahead of them.” 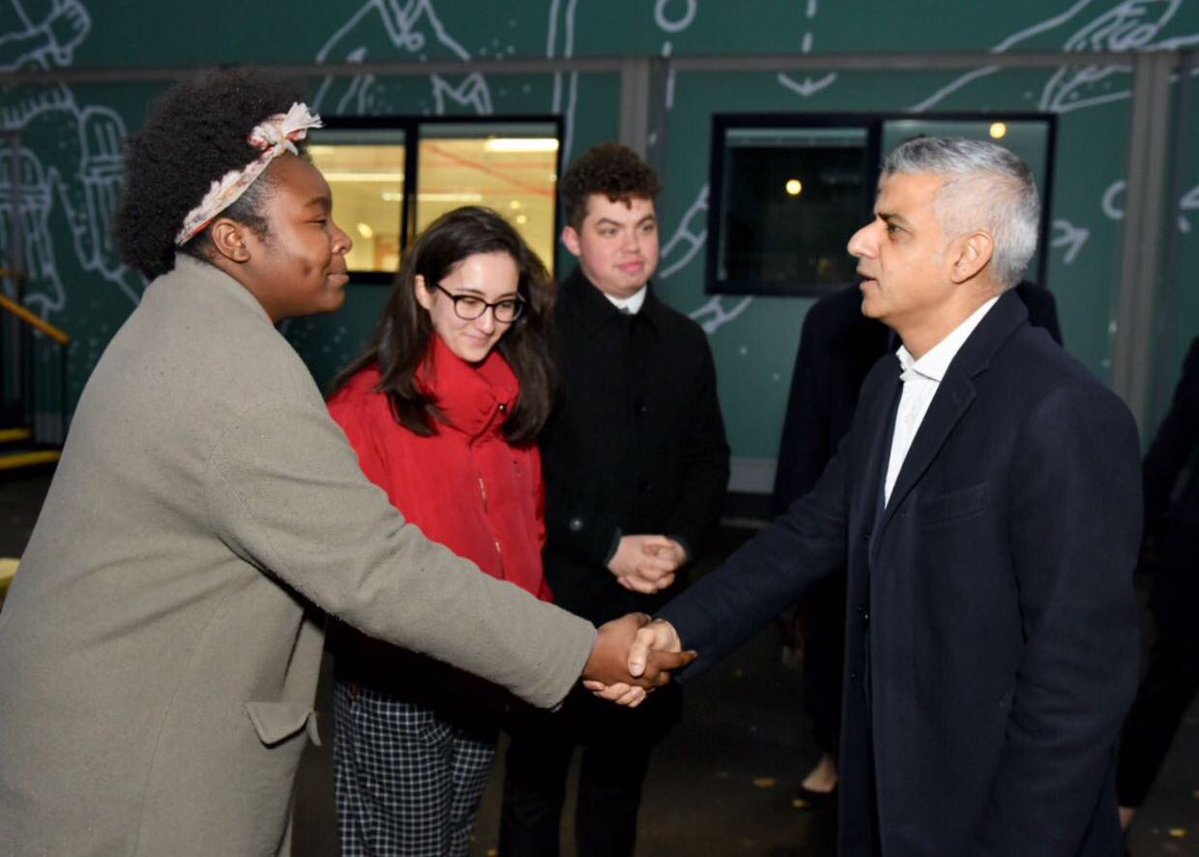 The talk formed part of our sixth form lectures series, which encourages our sixth form students to think aspirationally about their future education and careers path. Past speakers include Adam Balon (co-founder of Innocent), Sue Berelowitz (Former Deputy Children’s Commissioner for England) and Ted Young (Metro Editor). For this special occasion, 40 students in Years 7, 8, 9 and 10 joined KAA’s sixth form to hear the Mayor of London speak.

Jade Makepeace, Sixth Form Prefect, said “It was really inspirational to hear from somebody from a similar background to most students in the school who has built up such a distinguished political career.” 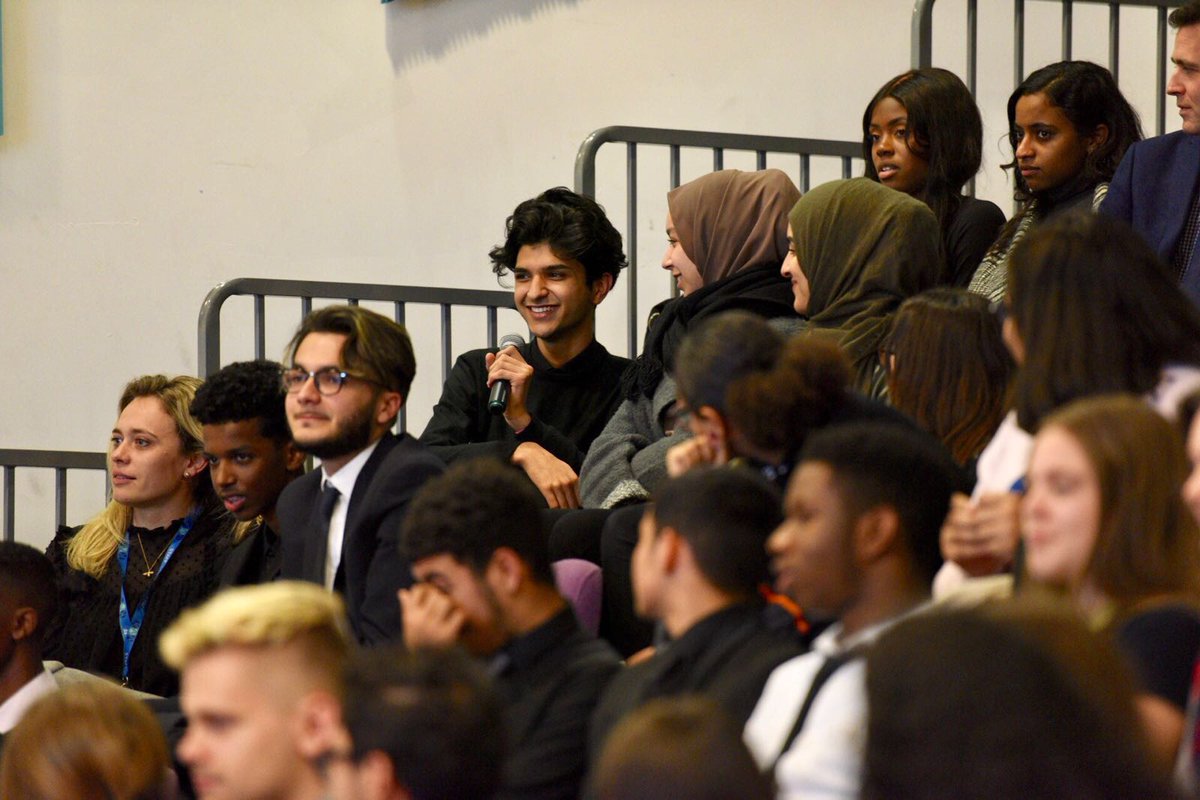 Ashley Hodges, Executive Director, Speakers for Schools said:  “We have been delighted to have the Mayor support our work and to have helped arrange a talk that sums up what our charity is all about: leaders giving a glimpse into their life and having a dialogue with students that engages them on what is possible. We hope all the students will see the human qualities and relatable aspects of his journey, and use it to carve out their own version of success.”

Our Principal, Mr Benson, said: “Our sixth formers were engaged and inspired by the Mayor’s story of climbing from a working-class background to the very highest political office. They will remember his words for a long time.”

Our thanks go to Sadiq Khan for his time and candid reflection with students on his journey so far, and to Speakers for Schools for organising the special lecture. 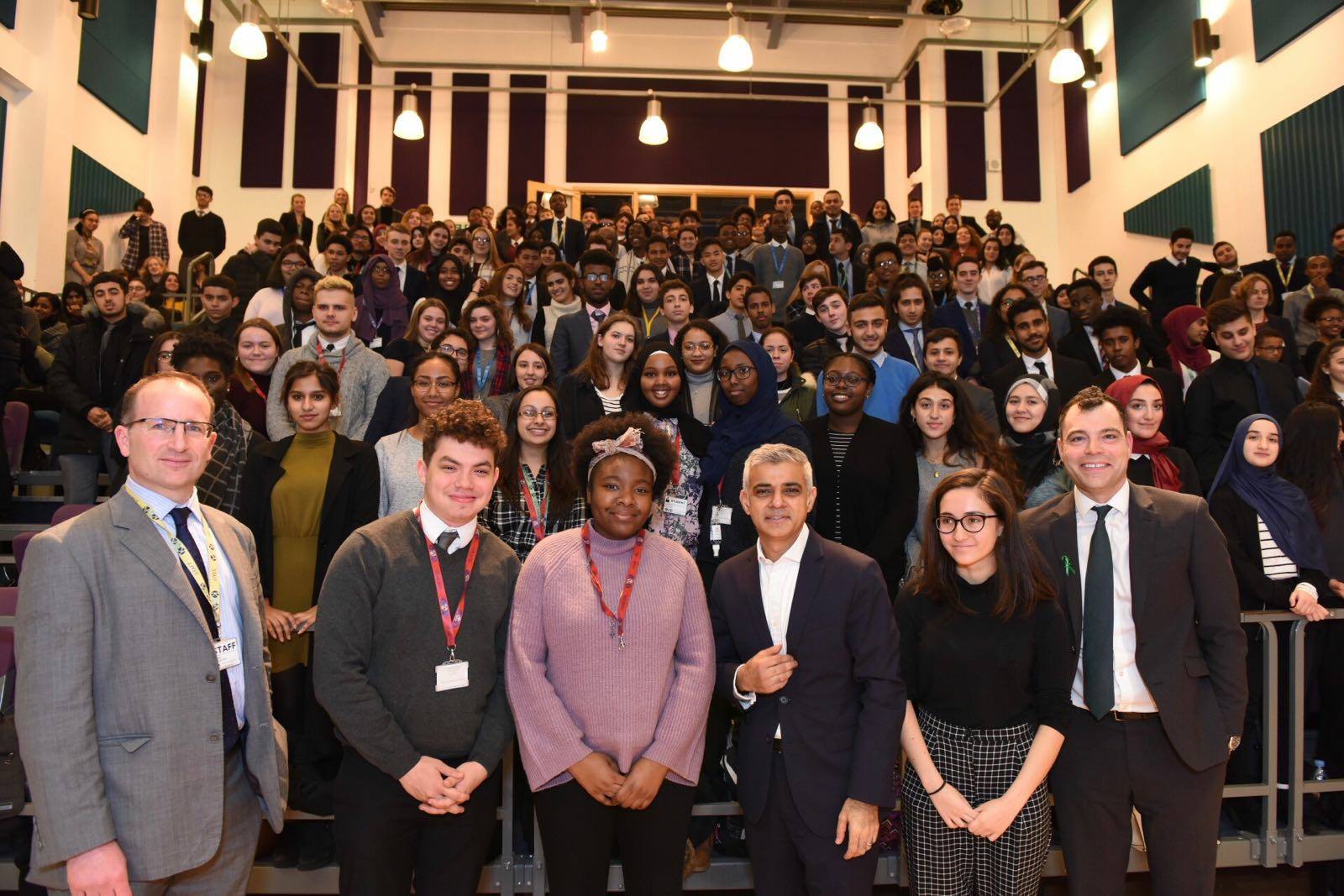