What facilities are available at KAA2?

“KAA2” is Kensington Aldridge Academy’s temporary site, which was originally built following the school’s relocation as a result of the Grenfell Tower fire in June 2017. The school previously occupied the site for the 2017-2018 academic year and was built to allow the academy to provide a full curriculum to KAA students during that time. As such, KAA2 has with specialist classrooms to cater to the school’s full curriculum, including;

KAA2 is located on Scrubs Lane next to Burlington Danes School, just under a mile from the Silchester Road school, or “KAA1”. 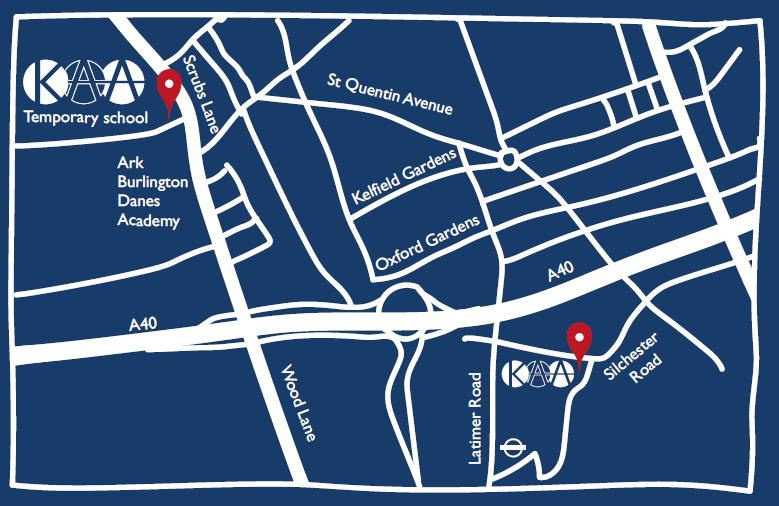